It’s time to get some new hardware out the door, which I’ve been doodling with here at JeeLabs for quite some time, and which some of you might like to tinker with as well.

The first new board is the Tinker Pico, which was already pre-announced a while ago. Here’s the final PCB, which is being sent off to production now, soon to appear in the shop: 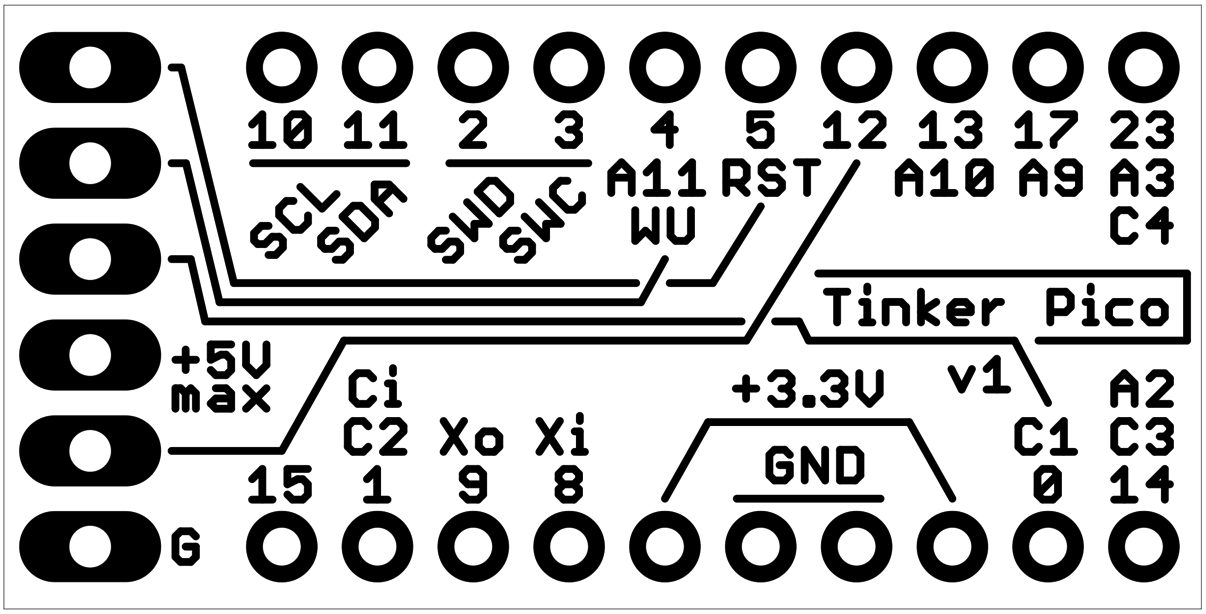 As before, each week consists of one announcement like this, and one or more articles with further details, ready for release on successive days of the week - three in this case: