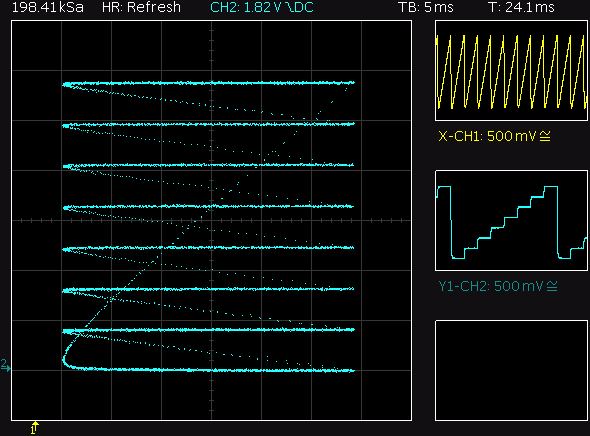 Well, maybe not consciously, but this is the way images are “painted” across the screen of a CRT in old TVs. A sweep from left to right, combined with a step-wise change in the vertical direction. The dotted curves joining the straight lines are the “flyback” of the electron beam moving to the next step.

It’s also the basis of a Curve Tracer, used to plot the characteristics of semiconductors and other components: one variable is varied continuously, while another one changes in discrete steps. Do this fast enough and you get a constant “image” on an oscilloscope, when it’s set to X-Y mode.

Not to be confused with a Component Tester, which applies a sine wave and measures voltage + current patterns …

It’s very easy to generate these signals, you just need two digital output pins, each with an RC filter to smooth out some pulses.

The trick is to use a delta-sigma modulator to toggle an output pin such that the duty-cycle matches the desired analog output value. As this page shows, that can be done in an FPGA with a few lines of Verilog code:

As an extra feature, we’re also generating a “Z-blanking” signal which suppresses the beam display in the oscilloscope during the flyback periods, leading to a cleaner image: 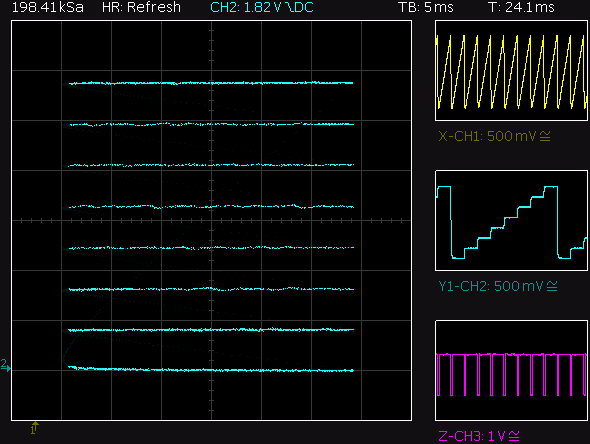 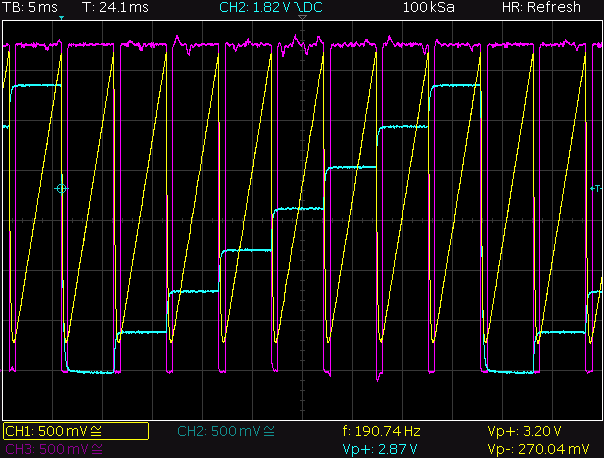 You can see the sweeps (yellow), the steps (blue), and the flyback suppress (magenta) signals. The cycle time is about 24 Hz when driven from a 50 MHz input clock.

Here is my setup to generate these signals: 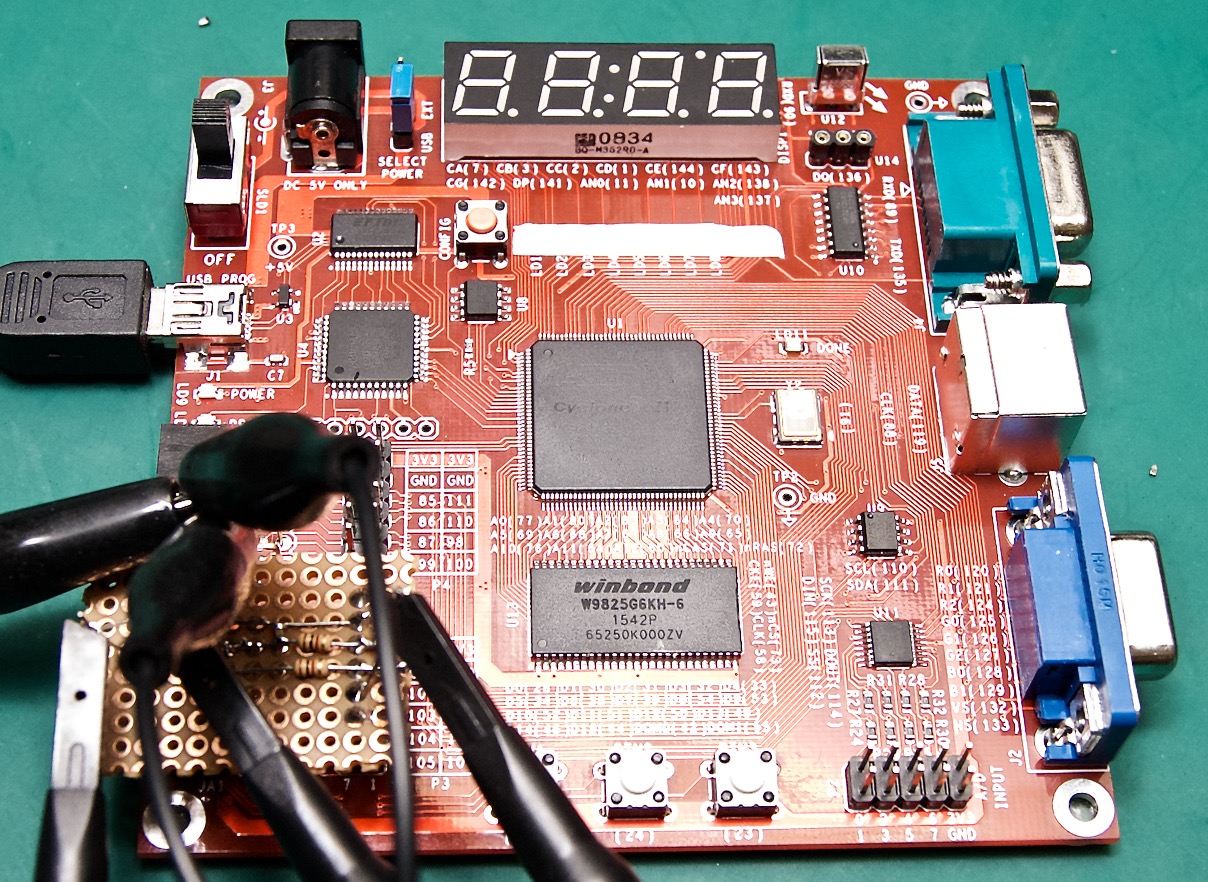 On the bottom left is a small custom board attached to the PMOD connector, with two 10 KHz low-pass RC filters (1 kΩ + 0.1 µF).

I find these “crossovers” between analog vs. digital and FPGAs vs. µCs fascinating!