Having been bitten by data loss occasionally during the past decades (several of them dumb “operator error”, I must admit), I’ve adjusted my backup strategy a few times.

Since I live in an “all-Mac” world (plus a bunch of RasPi/Odroid Linux boxes), I’ve been adopting other solutions than some people out there, I suppose.

Data storage requirements are fairly low here at JeeLabs. I don’t keep a video collection (I don’t see the point, we rarely watch a movie more than once). We only have a growing personal photo collection (over 45,000 by now), lots of music CDs, ripped from the physical version, and my personal stash of articles, PDFs, source code, and tons of web pages (saved as full-search “web archives”, not URLs).

A central Odroid file server has backup copies of much of this, but Liesbeth and I use well under 1 GB (yes: “G”) of shared storage right now. Everything else resides on our two machines, i.e. a Mac Mini and a MacBook Pro. It’s less than 2 TB of data.

As I said: we have fairly low storage needs.

But what we store is important to us. So I keep 3 external 2.5” hard disks (each of a different brand), and use them to rotate backups, automatically maintained several times a day by Time Machine, which is built into Mac OSX (soon to be called “macOS”).

Once a week, I swap disks. Roughly once a month, I swap one of ‘em with my parents.

So far so good, but if a virus were to roam around undetected for a month, I’d be in trouble. Which is why I keep extra copies on old IDE/SATA hard drives… just in case.

Except that hard drives fail, even when off-line. Magnetism is not a permanent state, rotating media sometimes won’t, and disk connectors change (remember PATA?).

So I’ve decided to use these for cold storage: 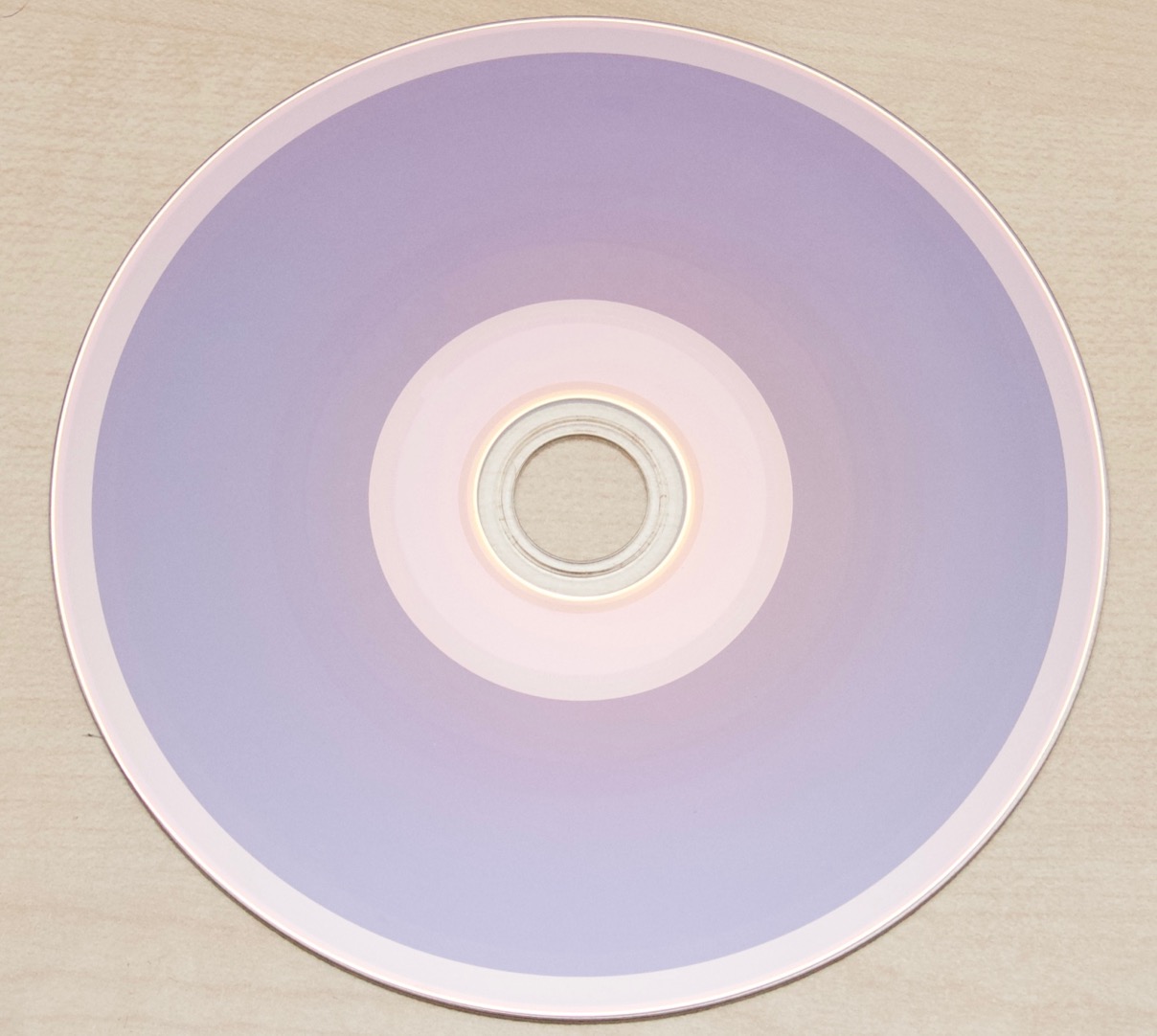 Blu-Ray is not mainstream, but for archival storage it’s great: low cost burners for disks of 25..100 GB and write-once. When stored, they’re said to last over 50 years (with the M-DISC variant claiming 1,000 years…).

I bought a USB-connected “LG BP55EB40” burner, a 50-pack of single-layer disks, and a few dual-layer ones - just for kicks. It also reads and writes CD-ROMs and DVDs: 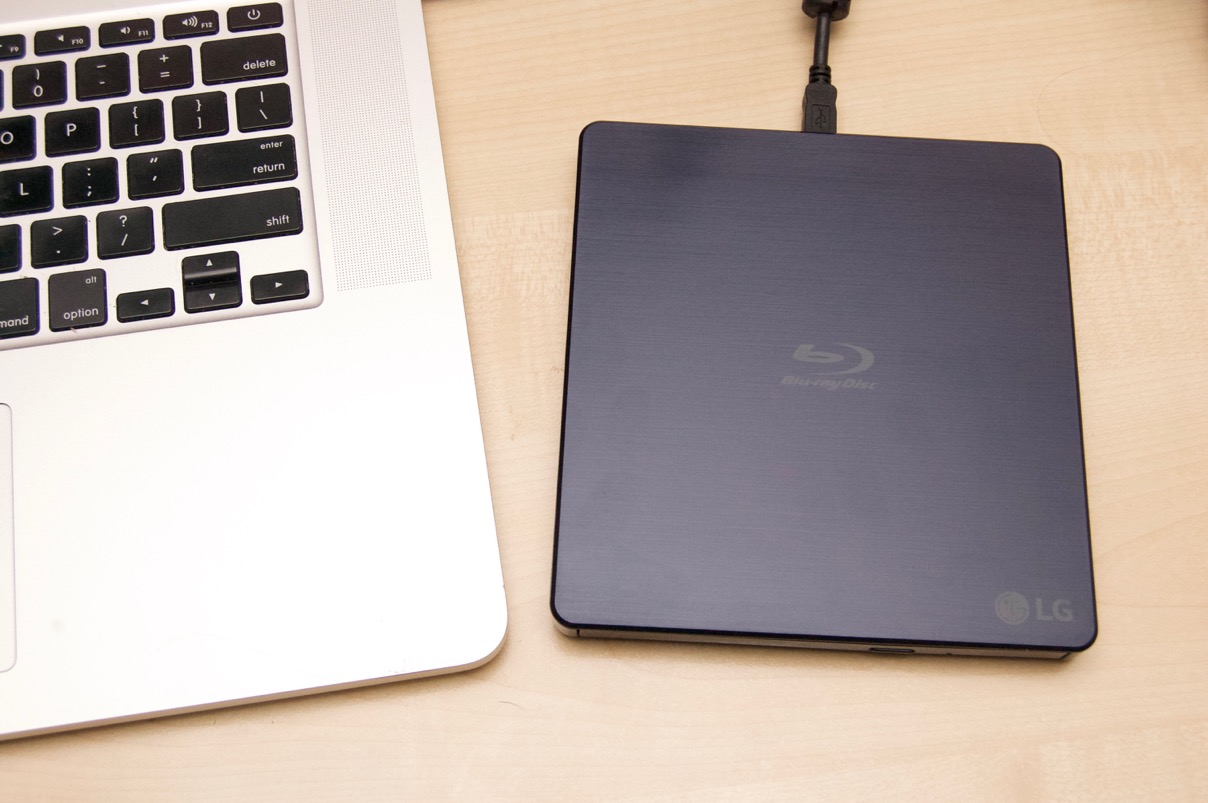 On Mac OSX, this drive works out of the box, and without extra software: push a blank disk in, a “burn folder” opens, drag stuff to it (it creates symlinks, without copying anything, and reports remaining free space), then click the “Burn” button, choose a name + speed setting, and wait. When done, the drive ejects the new disk.

Burning 25 GB takes about 40 minutes and verifying almost doubles that. I had a few verification failures, but they all happened before the drive started reading any data - I suspect that it’s a driver timing issue and that it’s harmless. The disks I’ve checked afterwards all had exactly the right set of files with the correct MD5 checksums.

I’ve labeled a pouch to holds all my archive disks. When the pouch fills up, I’ll start replacing disks with dual- or even triple-layer ones, and move the old copies off-site. The pouch sits in our home safe. Only one disk has data which is sensitive enough to require encryption. The rest can be viewed in any Blu-Ray data reader.

If Blu-Ray disks become obsolete, I’ll have to copy stuff over. But I don’t really expect that to happen - not in my lifetime anyway.

As a gimmick – and to raise awareness – I’ve started telling our family and friends coming over for dinner that “if they bring a laptop, we can make a safety copy of their most precious files and folders” and they’ll get a freshly-baked disk when they leave.

Because an ounce of prevention…

PS. The extended break is over: starting next week, I’ll be posting several articles per week again. Stay tuned for lots of new Physical Computing fun!