And now something completely different!

I’ve always been fascinated by those 8-bit computers that started it all. As a teenager, I spent many hours reading about them, but never could afford a Z80 system capable enough to run CP/M, for example. While BASIC and games were never my thing…

Floppies were totally out of reach for me. Later came MS-DOS and the PC clones, and things changed. But so did the fun: these were no longer systems to tinker with, all I did was get expansion cards and insert ‘em.

Long-time readers might remember the FPGA-based Z80 I built, end 2015. Great fun, but also not so much about tinkering as about installing an FPGA toochain and generating a pre-defined “bitstream”.

So a few weeks ago, I decided to have yet another go at it, using this huge chip: 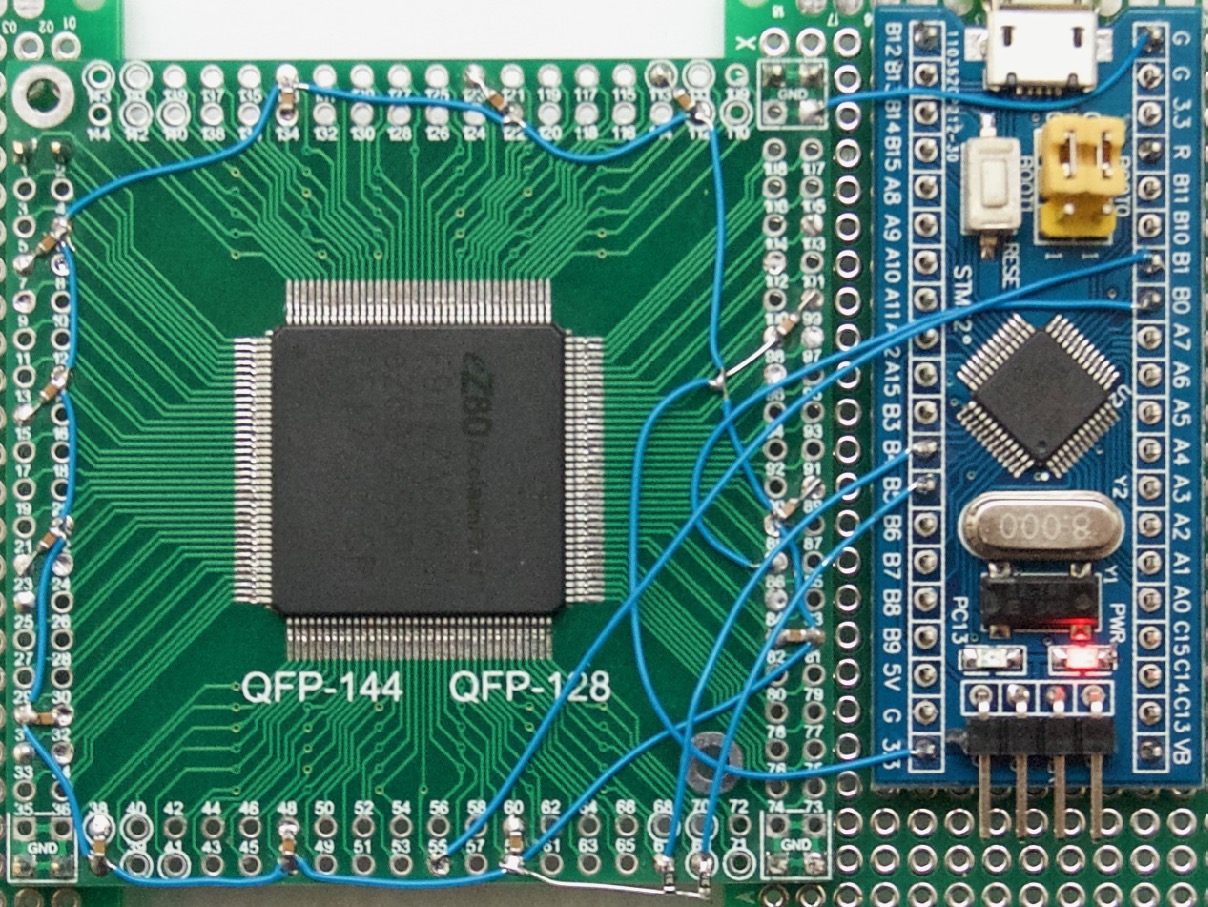 This time, it’s really about creating a flexible setup that can run existing Z80 and CP/M software, while using modern techniques to deal with all the practical details: