Might not have been such a great idea to 3D-print this DIY supply I made in red: 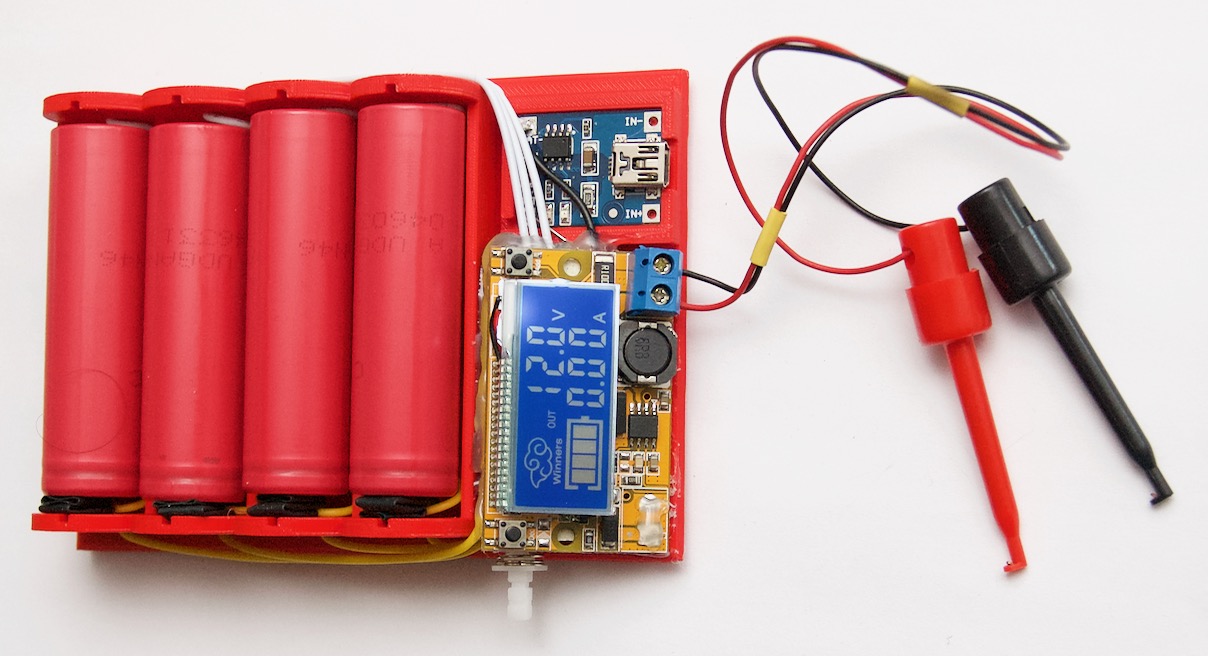 This is a little portable power supply I made a while back, with four very common type-18650 cells (widely available from eBay, despite today’s air shipment regulations).

It has the following properties (“specs”):

I’m tired of wires running all over my desk - this is one way to try and cut down on some of that while tinkering with electronics.

There is one bit of cleverness (with thanks to Martyn for suggesting this approach):

The 4 LiPo cells are placed in series while the supply is switched on, for a maximum feed of ≈ 14.4 to 16.8 V into the switching regulator. This translates as over 12V of regulated voltage coming out this supply.

For charging, with the switch in the “off” position (flush is “on”, extended is “off”), the cells are placed in parallel, tied to a tiny USB LiPo charger. A full charge probably needs the entire night.

The components used were as follows:

Here is the setup while it’s being assembled: 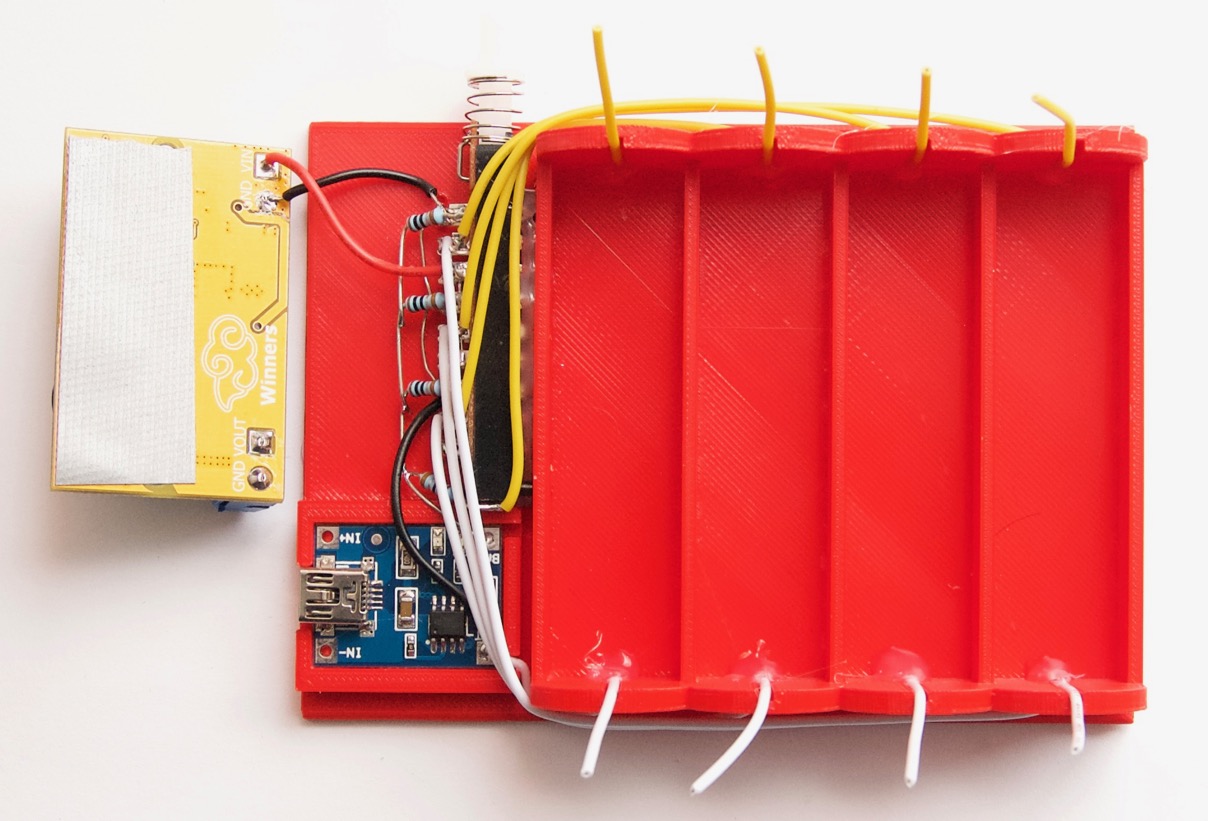 It’s not easy to find an eight-pole double-throw switch, but fortunately, six poles is enough: one cell is permanently connected to the charge board (with a 1Ω resistor in series), while the other three are each connected to the switching side of the multi-pole push-on/push-off switch.

It’s a very neat puzzle to figure out how to connect things up. Since both sides of each cell are switched, it’s quite straightforward and will be left as exercise for the reader …

When charging, all cells are connected in parallel. To limit the equalisation currents which flow when cells are in varying states of discharge, each cell has 1 Ω in series - also reducing switch contact wear & arcing.

One caution though - and something I did not take into account at the time: with unprotected LiPo cells, especially those fat 18650 models, shorting out “+” and “–” can cause large currents to flow (over 25A).

It’s surprisingly tricky to assemble such a circuit while making sure such shorts never happen. All the loose wires are at risk until they have been properly connected, and of course any mistake could cause trouble.

Anyway, I did get through the assembly without such problems. The final test was to measure the short-circuit current on the output of the regulator, since it has no adjustable current limit. It turns out that the maximum current is around 5 Amps (using a standard multimeter in 10A range) - well above the circuit’s specified 3A max!

Note that though the output current draw is measured and displayed, it’s not limited. Which makes this supply less generally useful for breadboard tinkering, and more something of a “pre-regulator”. It does have a lot of energy and the 12V range means it can be used when 5V USB is not enough.

One constraint to be aware of with cheap current-sensing supplies, is that the shunt resistor is “low-side”, i.e. the output “–” is not exactly the same as the GND level from USB. This is not an issue as long as you don’t plug in the charger during use.

As a simple adjustable voltage source, this unit works great. For taking along on a trip and through airport security: maybe not …