The hot water tap in the kitchen at JeeLabs is provided by what’s called a “close-in boiler” in the Netherlands: a small 7L electrical boiler, sitting under the kitchen sink and hooked up with two reinforced flexible hoses, similar to the ones often used in showers.

The rubber in these hoses is probably high-grade, but their normal lifetime is rated at 10 years. At JeeLabs, they were 19 years old and decided to start spraying, as you can see in this close up:

This caused a slow drip in the area below, due to some horribly drilled holes for electrical wiring: 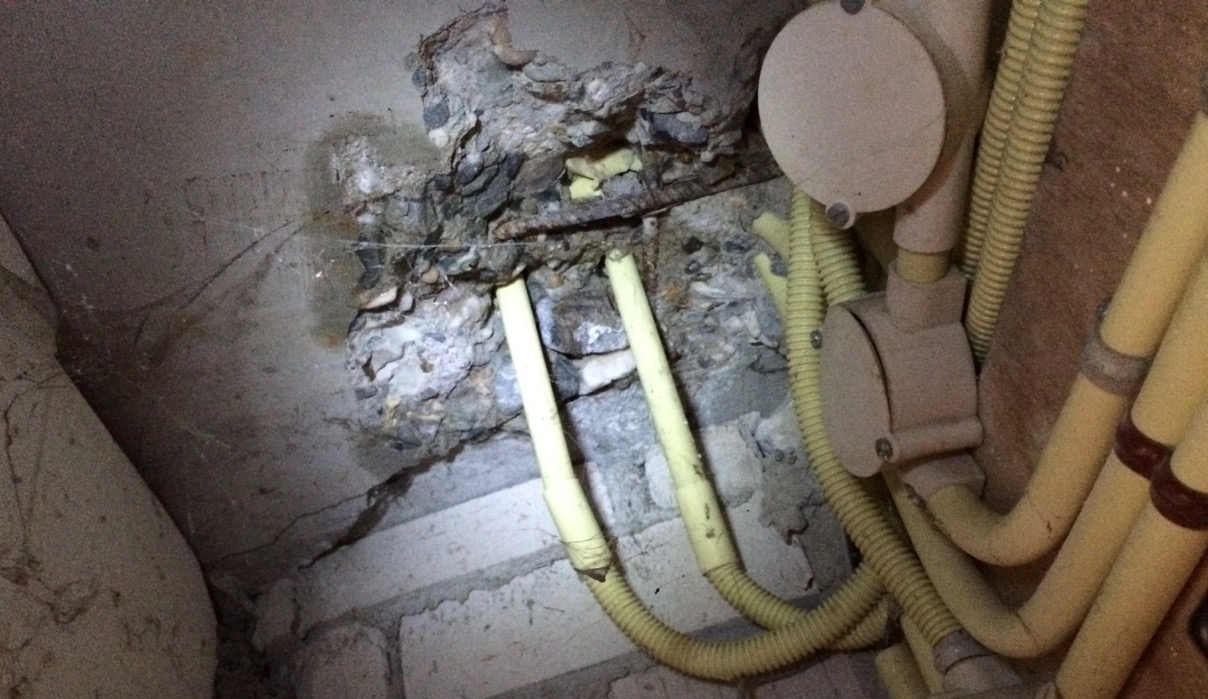 Now this also happens to be the meter cupboard, where all the electricity and gas is distributed. And the drip happens to have been right on top of a USB cable, plugged into this little adapter: 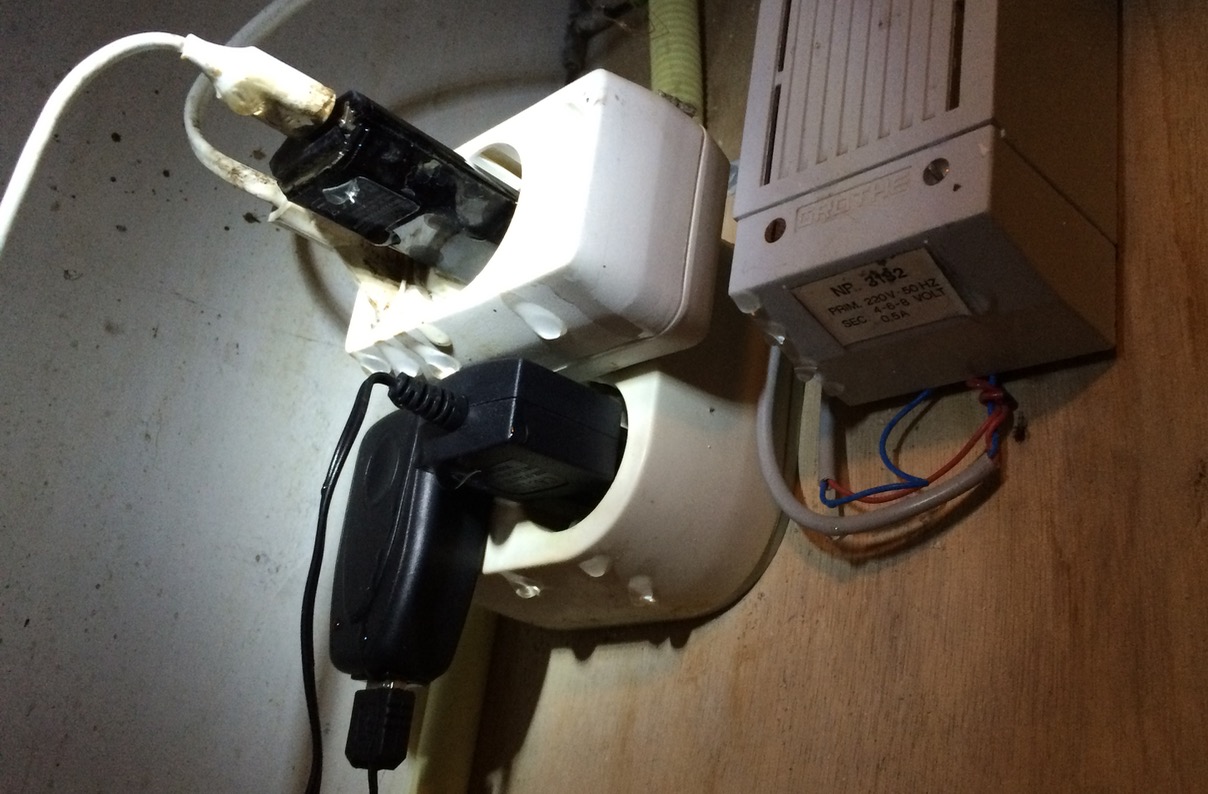 Scary stuff! - if you look closely, you can see that the USB adapter was cracked open, probably by the pressure released as it finally gave up and let out the magic smoke: 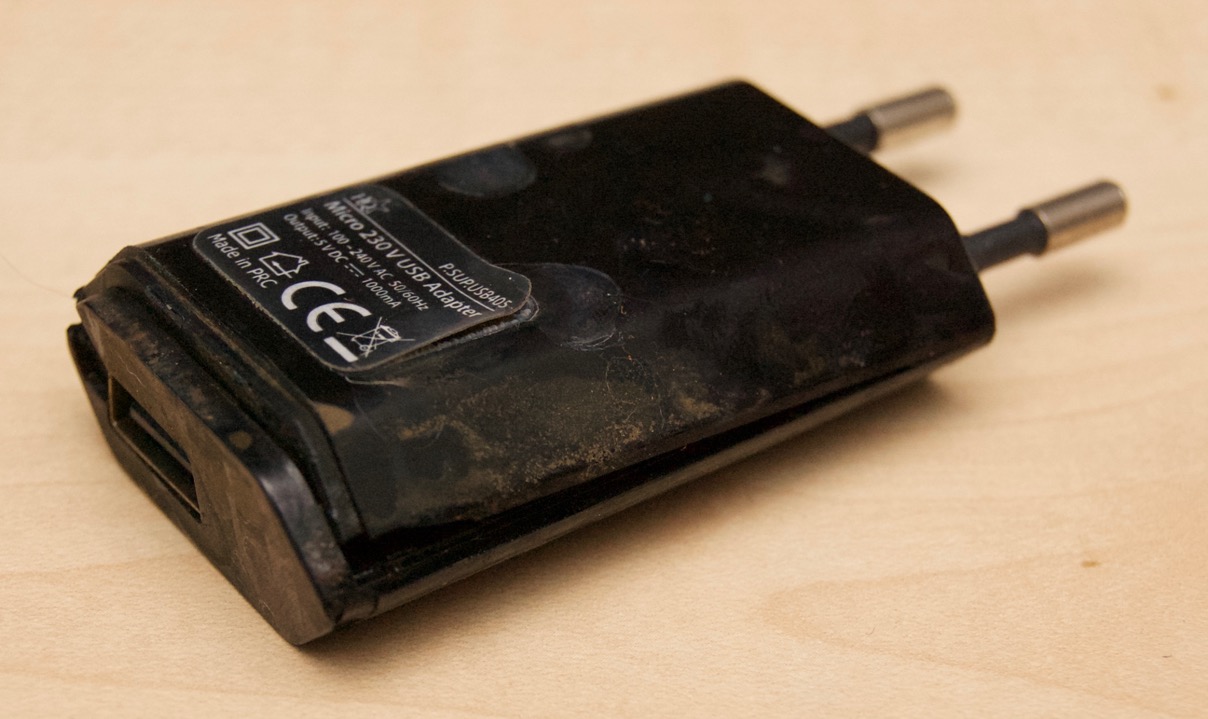 Here’s the full extent of this little disaster, as seen from the inside: 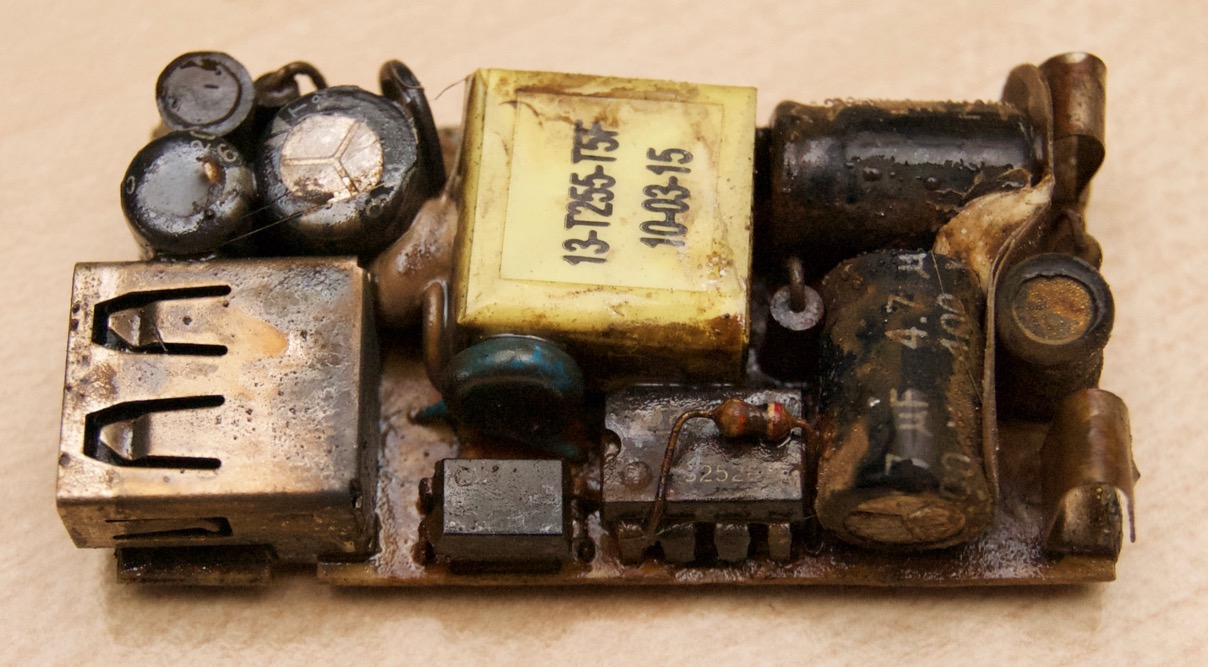 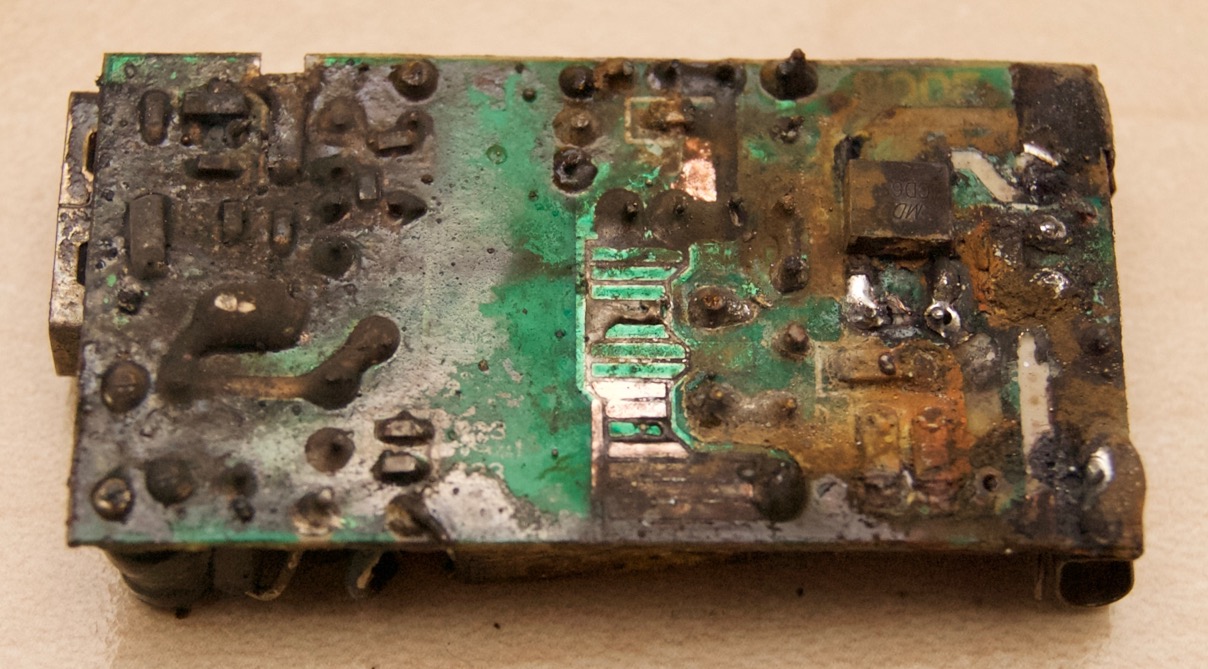 It has obviously been going on for a long, long time - that amount of corrosion couldn’t possibly have been caused by just a few hours of moisture!

Both leaky hoses have been replaced now. All is well again, and there is no moisture anymore in that electrical area. It might in fact be a good idea to place a moisture sensor node in there…