And then the JeeNode stopped Apr 2016

Unfortunately, the USB power supply is not all that got damaged by the water leak: 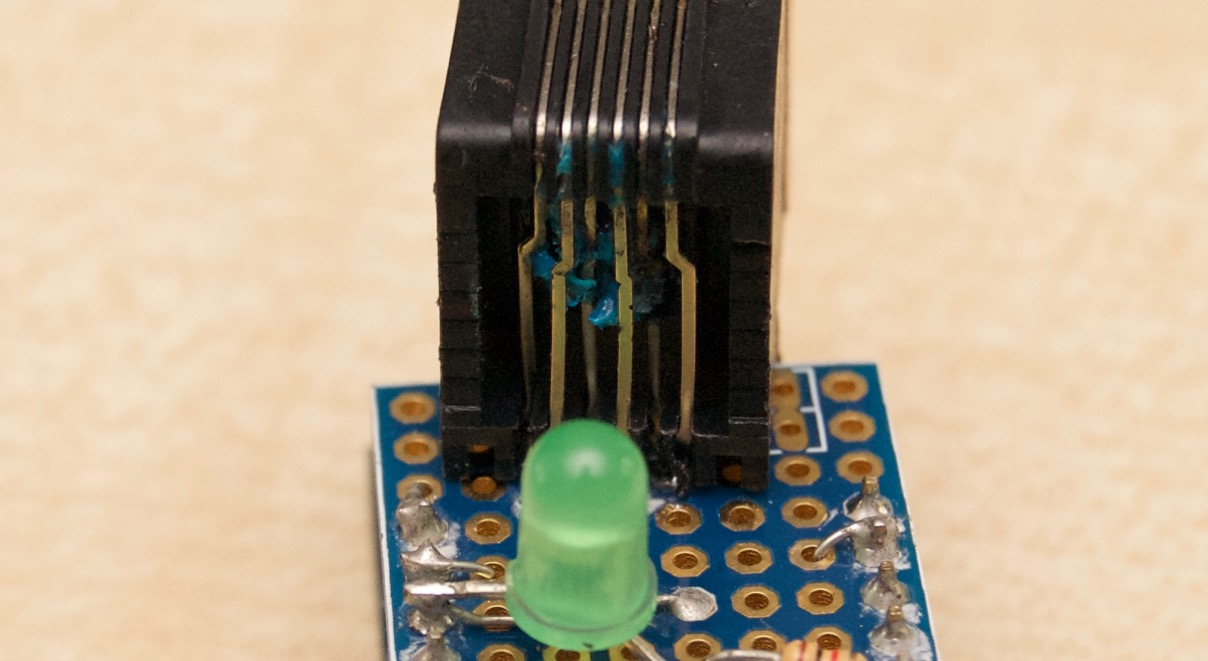 There’s a blueish sludge on the RJ12 jack. Presumably some copper salt caused by humidity and corrosion. This is a little JeePlug board on top of a JeeNode, which is used to detect pulses from three different 2000 pulse/kWh counters. This is what it looked like three and a half years ago: 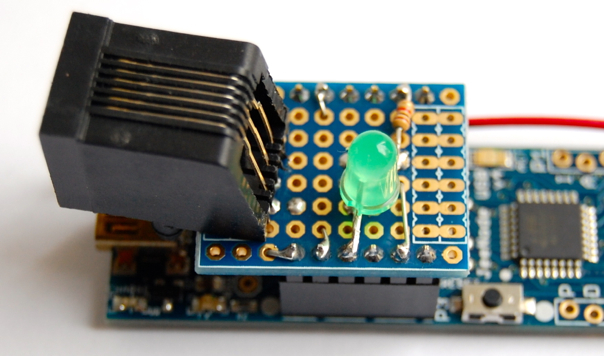 The Arduino IDE based code it was running is on GitHub.

Unfortunately, when plugged into a replacement adapter, the USB connector and adapter both got very hot, and the node didn’t send out any packets. Even if this is merely some residual moisture, this node really needs to be replaced with all the corrosion going on.

This node has done excellent service: over 16,000 packets on a typical day. Over a period of over 42 months this means it has measured and reported over 20 million packets here at JeeLabs!

Now it’s time to put that node to rest and replace it with something new. The reason is really not just that it can be replaced, but that there are several additional signal sources in that meter cupboard, some of which haven’t even been measured yet.

The water meter is interesting - holding an iPhone nearby, running the Teslameter 11th app, shows that there is a distinct magnetic fluctuation when the water is running:

Which means it could be read out without adding a separate water meter into the water pipe!

Perhaps something similar is possible for the gas meter, this hasn’t been investigated yet.

In other words: there are a lot more things worth measuring in the meter cupboard now, and this looks like a good opportunity to implement a much more powerful sensor node in there…