With one of the two main energy metering nodes out of order, it’s becoming more urgent now to implement a replacement. It would be a shame to break the cycle, after some 8 years of data collection, all logged and waiting for future visualisation.

There are quite some signal sources, more than a simple JeeNode w/ ATmega328 can easily handle. Given the recent focus on STM32F103-based boards, it should come as no surprise that this has also been picked as base for the new node. The Olimexino-STM32, to be exact: 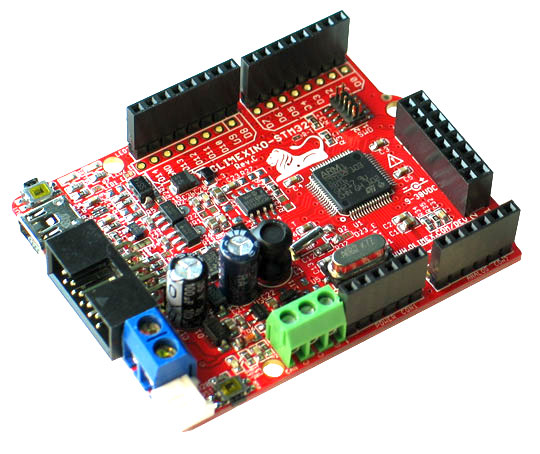 In short - lots to like, and many convenient features for an “energy reporting node”.

Here is a first build, with RFM69, OLED (optional), P1 port with NPN transistor to invert the signal, and a “pulse port” for the 3 pulse counters - the most urgent task for this whole setup:

There’s a LiPo on the back, attached with dual-sided tape, and there’s a small DC jack adapter (newer models of the Olimexino-STM32 have it on-board, instead of the screws on this one): 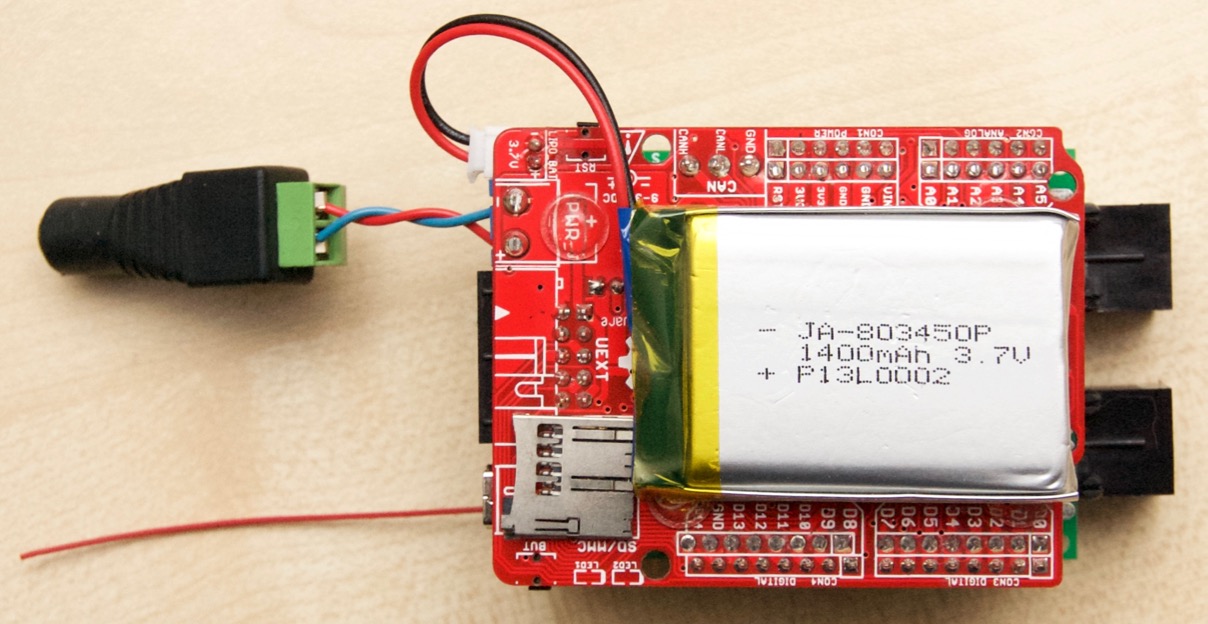 The board is well-documented, even though in this case it’s all obscured by the battery: 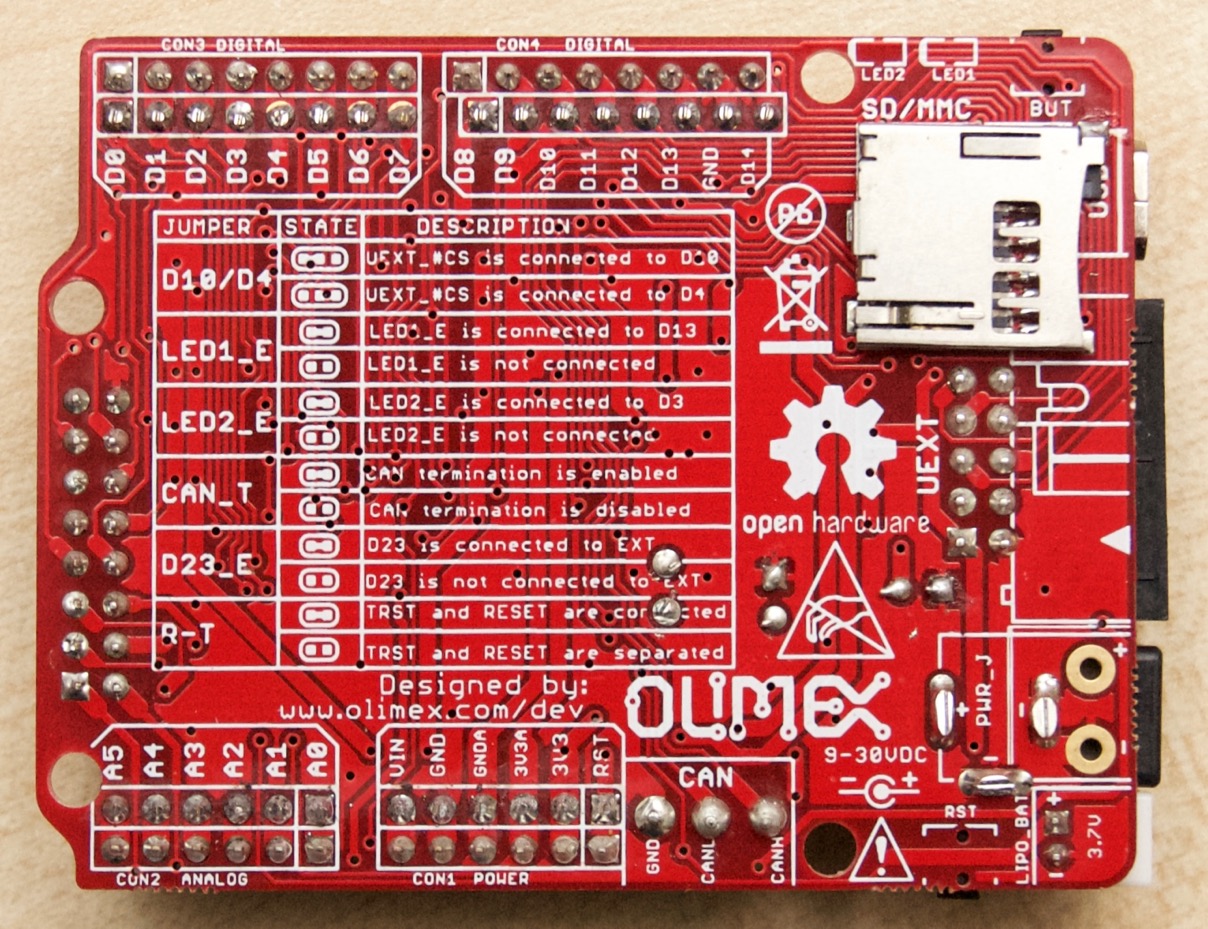 One nice property of the Olimexino-STM32, is that it includes an efficient switching regulator with a wide voltage range. Since the board also includes a diode in series, it can in fact be operated from an AC power source. Which is perfect here for two reasons:

Here’s the meter cupboard - nice and dry now - and the new 8 VAC power feed, ready for use: 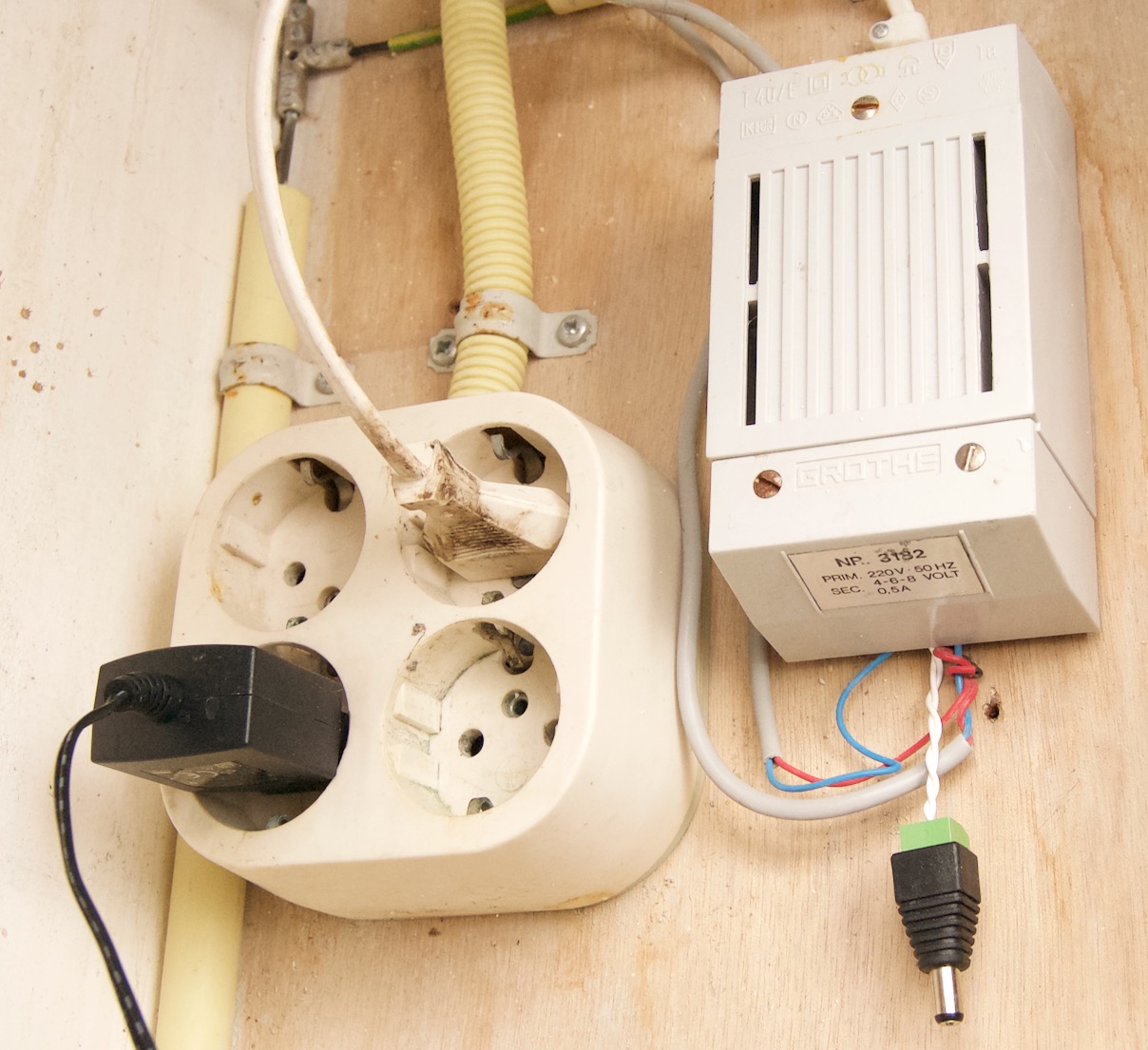 From the logo in the first picture, you can see that Mecrisp Forth is already running, and so are the OLED & RF69 drivers. The next task is to read the pulse counters and report them over RF.

Note that this RFM69 is being operated in native mode, i.e. it’s not sending out packets in the original RF12 format. Since this is the first such node added to the JeeLabs Home Monitoring Network, the central hub also has to be extended with a receiver node to pick up these packets.

Lots of software tasks ahead. And also some electrical puzzles, apparently - it looks like the pulse counters are not yet properly being sensed by this new board.