The meter cupboard is - as one would expect - the place where lots of energy-related matters come together. Here is the situation as of early 2016 at JeeLabs: 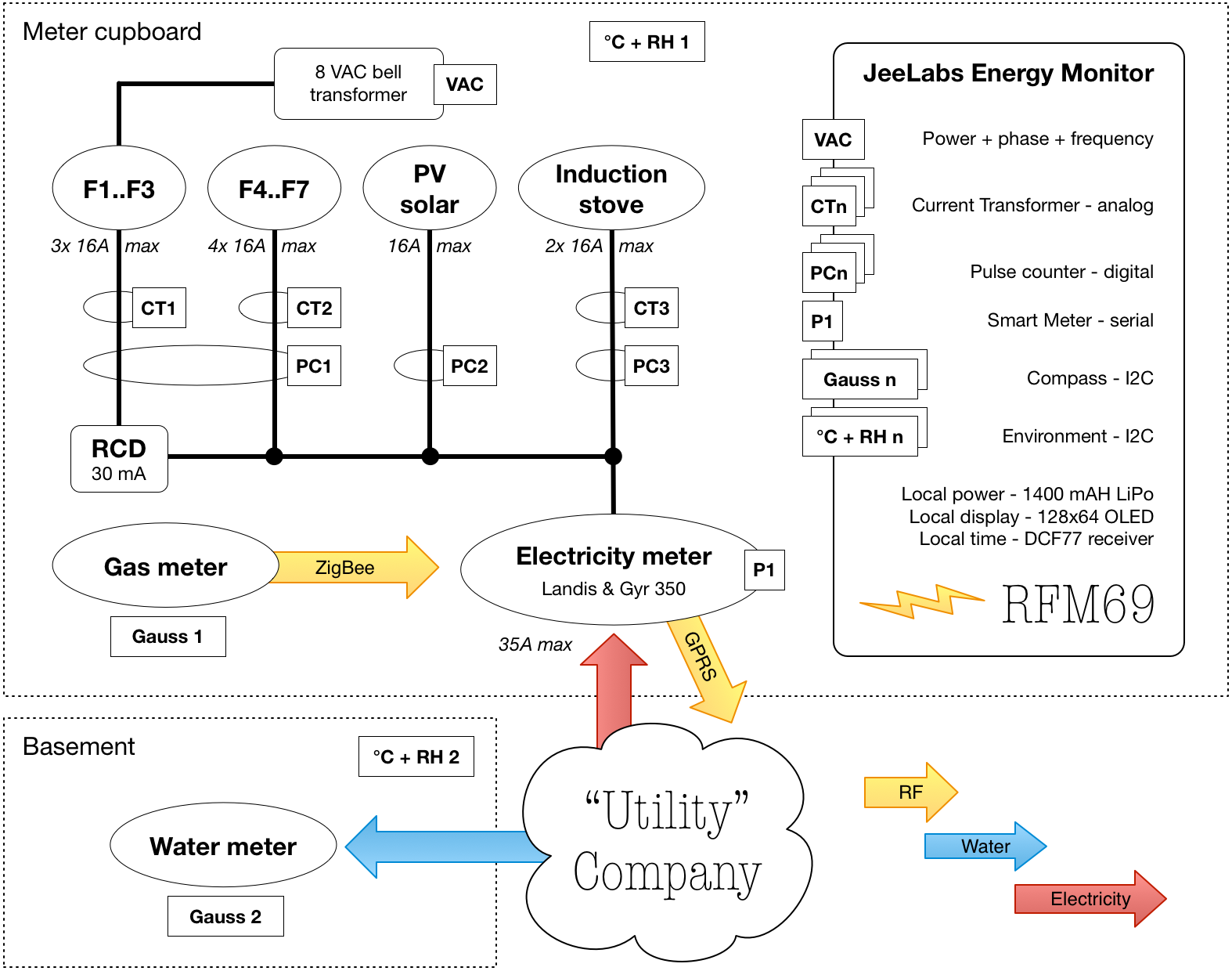 Note: that “JeeLabs Energy Monitor” is wishful thinking and vapourware at the moment.

There is also an FTTH internet modem, feeding an ethernet cable going upstairs to the FritzBox wireless router. And lots of wiring, no longer used: a splitter feeding TV and radio signals into four different cables, with sockets at various places in the house (replaced by a single DVB-T receiver in the living room), as well as a maze of old telephone wires. 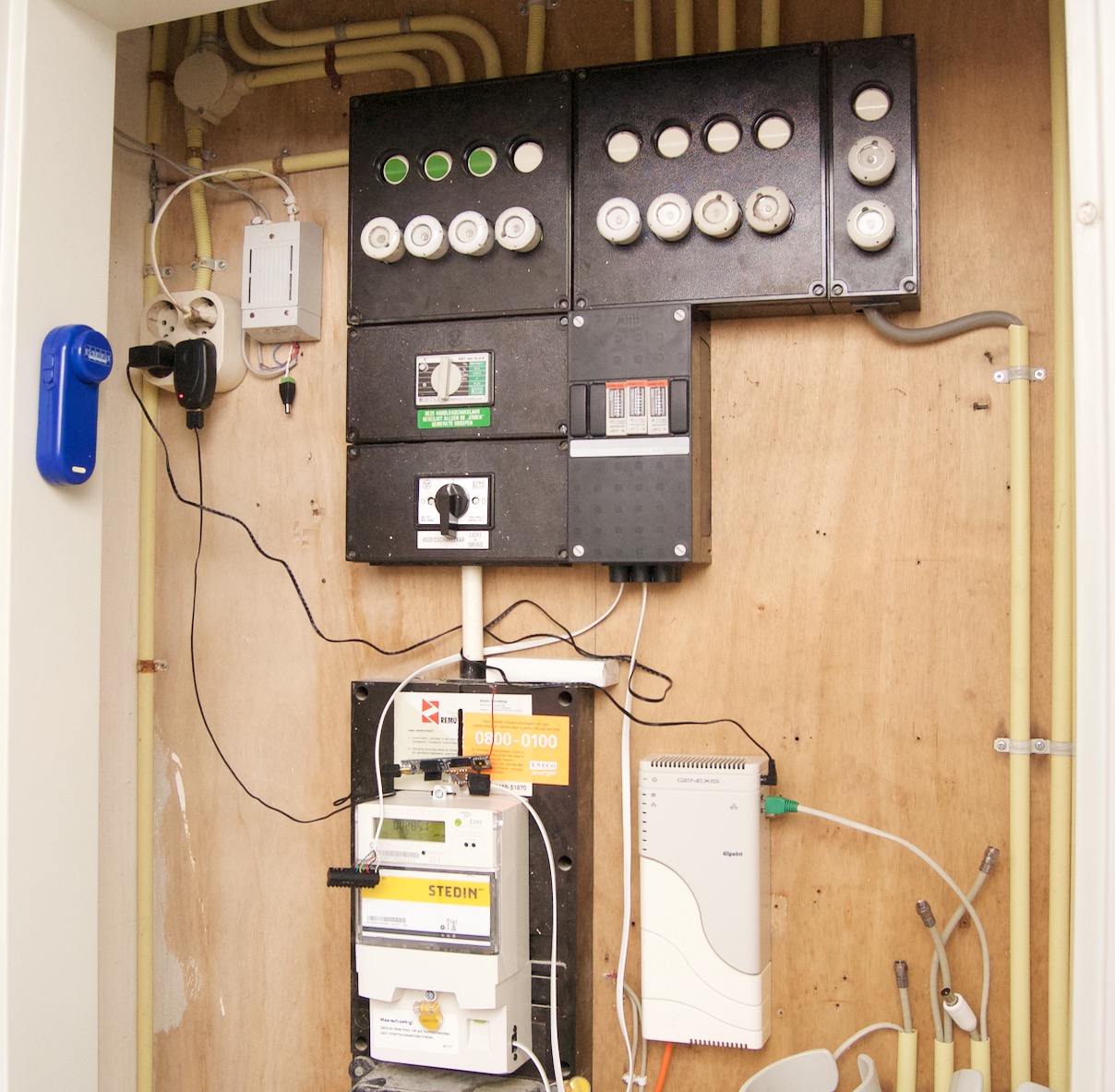 At one point in time - in the era of modems and faxes - there were four POTS phone lines coming into the house (the last ones in the neighbourhood, as it turned out), later replaced by ISDN, and now all routed over the internet link. And at a fraction of the cost…

Listed in the above diagram are all the potential sources of information. Several of these haven’t been implemented yet, such as the magnetometer-based readouts of the water and gas meters, and the sensing of temperature and humidity. Also not yet hooked up, but in-place and ready to go, are the three Current Transformers.

The advantage of pulse counters is that their signal is very easy to connect, and fairly accurate - especially at low power levels, when pulses are far apart. The benefit of current transformers is that they are more effective for high current loads and inductive loads, where true and apparent power can differ substantially. With the above setup, we can have the best of both worlds - even though the different sensors are not currently hooked up to the exact same circuits.

This is a relatively small setup. The house is from the 1970’s, when current requirements as well as regulations were fairly basic. It’s all 1-phase 230 VAC mains (many houses in the Netherlands now have 3-phase distribution). There is not even a DIN rail in the meter cabinet at the moment!