There’s a hardware USB device peripheral in every F103 chip. It has been quite a long journey, but the code is now finally at a stage where it can be used as serial console for Mecrisp Forth.

You will need the Folie utility, version 2.7 or later, a Blue Pill which will be re-flashed, and a way to do so over serial or SWD - such as a second Blue Pill, configured as SerPlus unit:

Here is a transcript of the above six steps, from start to glorious finish:

Yes, it’s that simple, when using SerPlus and once all the connections are ok.

There are (quite) a few notes to make:

That re-enumerate-on-reset behaviour is still a major inconvenience on Linux and Windows, unfortunately (and not very different from an Arduino Leonardo, in fact).

Then again, automatic reconnection works very well on MacOS, as you can see below:

Note that due to the abrupt break not all the output will always be shown in the Folie console, since the USB connection is forcefully reset in mid-flight!

On Linux, the problem is that a re-enumerated USB device will not usually show up under the same name, with “/dev/ttyACM1” instead of “/dev/ttyACM0”, for example. This could perhaps be solved by looking up the /dev/serial/by-path/... names, as these do not change.

On Windows, there may be more issues (possibly even depending on the actual Win* version). Perhaps someone with good knowledge of USB / Windows / Linux can help figure this out?

For now, the only workaround seems to be: quit Folie and re-open it using the new port.

Still, having said that: the current combination of Folie and Mecrisp really do work well!

One final step: you need to load the additional words which make life on an F103 under Forth a lot simpler. This is similar to a serial-based setup, jusr use the “g6u/” dir instead of “g6s/“:

FYI, the “hello” word can now be used to display the second half of the default reset greeting.

The good news is that the above procedure doesn’t work only on the Blue Pill and the HyTiny. Here is a set of 19 different low-cost F103-based boards which have all been verified to work: 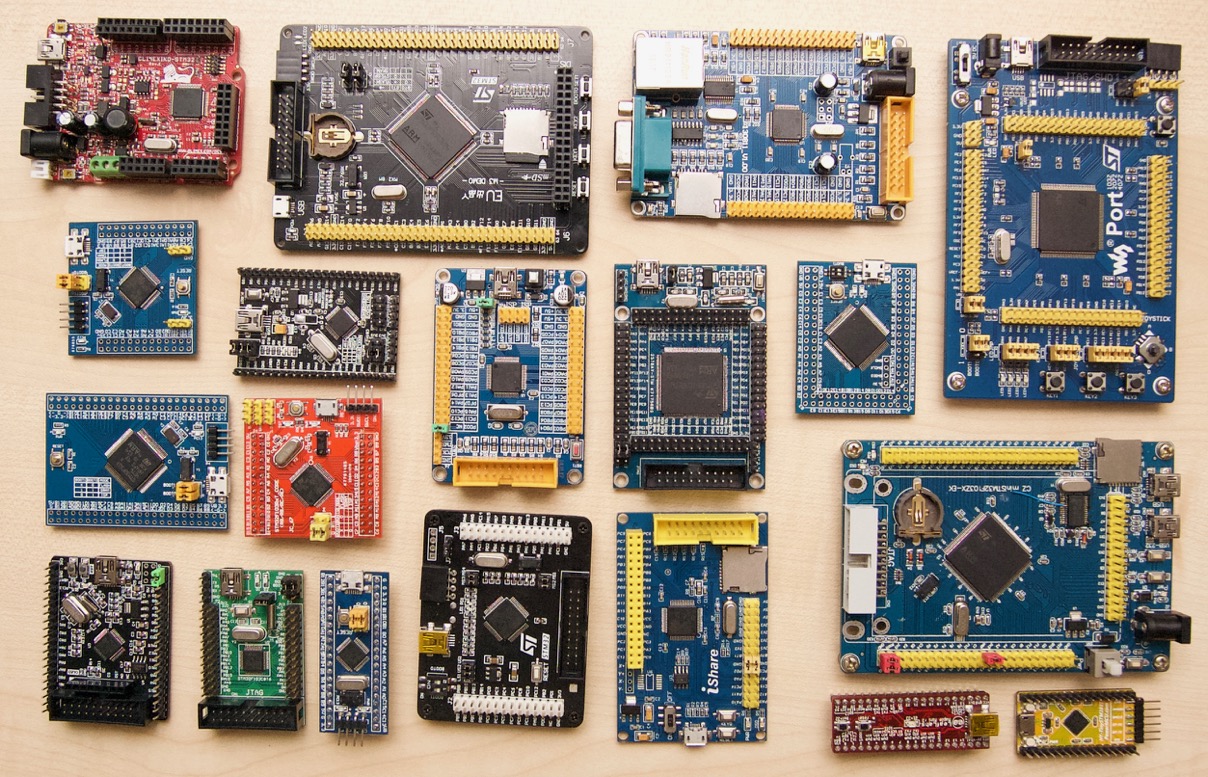 The main hurdle is that you need to figure out how to re-flash the unit, either over serial using Folie or some other STM32 uploader, or using SWD via an ST-Link, a BMP, OpenOCD, etc.

That’s it. Mecrisp Forth can now be used with just a USB cable plugged in. Onwards!