Let’s make the JeeNode Zero do some simple things. Like blinking LEDs in a continuous loop:

The code for this was actually written step by step, and later saved in a file called ex/leds.fs:

Let’s go through these lines of code in some more detail:

Speaking of loading, there are two ways to develop with Folie: either enter code interactively and try it out until working as intended, or save definitions in a file and use Folie’s “send”, by entering “!s <file>”. Interactive mode is best when you’re not yet sure about the code and need to try things out, but it’s volatile since everything typed in will be gone after a reset. When saved on file, you can edit and extend as needed, then resend. The forgetram at the start and the setup go at the end help streamline this approach. A mix of both is often used: define the more stable words in a file and resend when changed, then call them interactively.

The above demo code illustrates how to use the essential words defined in flib/stm32l0/io.fs. Here is a summary of all the pin modes you can set with io-mode!, taken from that same file:

Now let’s try something a bit more advanced. We’ll attach a BME280 sensor, load a Forth driver for it, and use that to initialise the sensor and get readings twice a second: 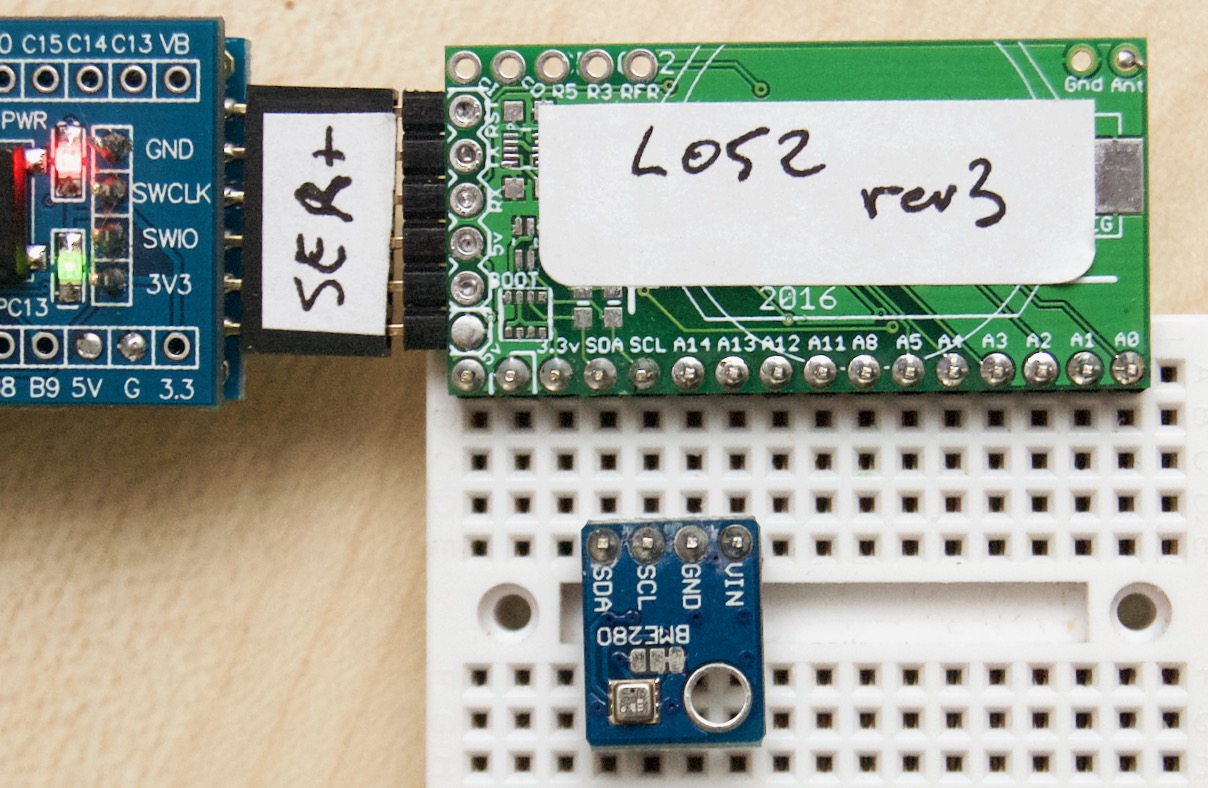 The code for this is small, because the driver in flib/i2c/bme280.fs does all the hard work:

Here is some sample output, with a new reading printed out every 500 milliseconds:

As you can see, it’s currently 21.76°C here at JeeLabs, the barometric pressure is 1029.72 hPa, and the relative humidity is 46.35%. Due to the excellent factory calibration of the BME280, we are getting realistic and reliable measurements!